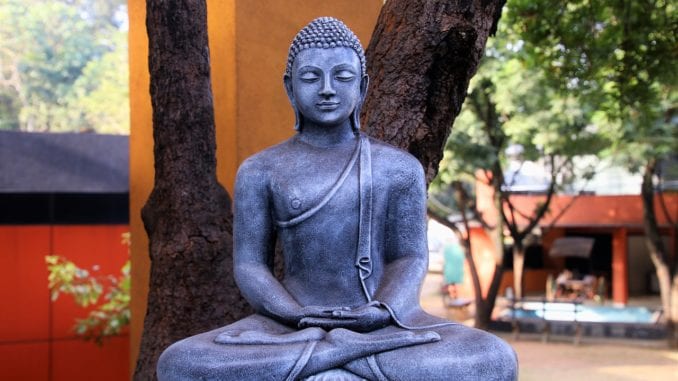 Trending News: Meditating each day helps chase away the blues

If you struggle with depression and are looking for natural ways to ameliorate symptoms, a new study that has been published in the Annals of Family Medicine that offers promising news.

FYI: Subthreshold depression is a term clinicians use for people who have some symptoms of depression but not enough of them to qualify for a diagnosis of major depression.

At any rate, in the study, researchers randomly assigned participants to two groups. The first (116) received no psychological treatment for their mood. The others (115) were assigned to a mindfulness-based training group.

The treatment group was asked to partake in mindfulness training twice a week over an eight-week period. Subjects were taught the basics of meditation by professionals.

At the end of the study, which lasted a year, investigators discovered that the folks who engaged meditation experienced fewer incidents of major depression (11%) compared to the group who received usual care (27%).

The research team also noticed another benefit: people who took part in the meditation experienced less depressive symptoms than their non-meditation counterparts. The difference was small when you break down the numbers (3.85%) but it nonetheless proved helpful.

What is Mindful Meditation?

Mindful meditation is a $10.00 term used to describe the process of a person bringing their full awareness to the present moment. In the world of psychology, it is considered a “here and now” approach to wellness.

Meditation need not happen in a group. A person can do this in the privacy of their home or through other venues, such as out in nature.

So, there you have it guys. If you are looking for something natural to help with your down mood or an activity to augment things you are already doing to fight depression, meditation could be a smart choice.

Are you ready to get your Zen on?