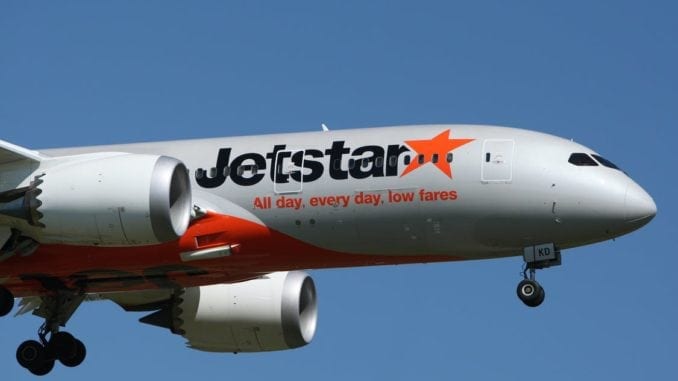 Are you a nervous flyer? Do you “white knuckle” the armrest during takeoffs and landings? Do strange noises, like “clunks” and “bangs” freak you out? Turbulence scare you?

If your answer is yes, you aren’t alone.

As a mental health counselor who helps people work through anxiety, the issue of flying fears pops up frequently. In fact, they’re fairly common.

Let’s face it, when you’re traveling at 500 miles per hour in a winged tube, small things have a way of grabbing your attention. Even I’ve had nervous moments when taking to the sky, particularly during bad turbulence.

Because I’m aware of how scary it can be for some people to board an aircraft, I felt inspired to write this piece. So, in a bit, I’m going to give you some practical tips to help keep you calm during your flight.

Towards the end of this post, I’ve also included a fear of flying video to reinforce some of what’s been shared here.

Years ago, before I worked in the field of mental health, I was employed in commercial aviation. My job was nothing special; just a passenger services representative for a major U.S. airline.

During my time in this role, I became friends with several pilots. Over the decades, I’ve kept in contact with many of them.

Here, I’m talking about professionals who are in command of widely used aircraft in the sky today, like the Boeing 737, 757 and 777.

Others I know fly the Airbus A319 and A320. And believe it or not, my neighbor flies a twin-engine transport turboprop that shuttles people around the Midwest.

To help prepare this piece, I consulted with a few of these professionals and asked for input. Infused in each of the tips, I’ve infused their with coping strategies to help you stay calm when flying.

A pilot of a 737 shared with me that the “strange noises” people often hear are often spoilers, electrical servos, flaps and trim. And because engine speeds increase and decrease during certain parts of a flight, whining sounds are quite common.

Coping tip: Before boarding the aircraft, anticipate noises. Recognize they are a normal and are not an indication that something is wrong.

Upon boarding an aircraft, it’s common to become hyperaware of everything and everyone. In some ways, this is a good thing. But as a pilot of a MD-80 told me, being too hyperaware can make some passengers misinterpret sensations.

For example, creaking sounds from an overhead bin are not an indication that it’s about to collapse. Instead, the bin was designed to flex and bow, as is the entire plane.

Coping tip: Use your other five senses to reduce hyper-focusing on a given sounds. If you notice you’re paying too much attention to a given sound, like a vibration, allow your mind to tune into something else.

The way to get there is through deep mindful breathing. This will allow you to center your thoughts on how your lungs inhale and exhale oxygen. As you do this, you’ll be paying less attention to whatever stimuli is making you nervous.

When turbulence strikes, particularly when sudden, can be rattling. A 20-year veteran of a major carrier who currently flies the “triple 7” told me that turbulence happens on every flight. This means during take-off, landing and in between.

But his salient point was that it’s usually short in duration. Moreover, commercial aircraft are built to withstand turbulence. In the case of the Boeing 777, it has the ability to withstand over one million pounds of wing loading.

That’s the equivalent of resting 250 average sized cars on each wing!

Think of this next time you are worried about structural integrity.

Coping tip: Assume you will experience some amount of turbulence on your flight. Psychologically preparing yourself for this may help to reduce fear.

Some people who fly experience the phenomenon of intrusive thoughts. Example: your plane experiences a sudden bump and immediately, your mind starts to flash imagery of the aircraft spiraling out of control.

A 737 pilot, who occasionally speaks at flying fear workshops, told me he encourages people with intrusive thoughts to not try and fight them. Instead, he suggests it’s better to acknowledge their presence.

Coping tip: Rather than try to push an unpleasant thought out of your mind, allow it to be present. Doing so gives the power of the imagery less intensity. It also helps the thought to pass.

Part of this involves employing certain concepts from a type of therapy called Acceptance and Commitment Therapy or ACT.

Under this point, some people find it helpful to close their eyes and engage in quick meditation using guided imagery.

For example, imagine yourself laying back on a beach. As you look at the clouds overhead, project the unpleasant imagery in your mind’s eye onto the cloud’s whiteness.

After you’ve spent sufficient time focusing on the cloud, allow the wind to gently blow it away – off into the distance.

One of the major reasons people identify as “nervous flyers” is a fear of the unknown. In other words, because they aren’t pilots and don’t have a lot of knowledge about commercial aircraft, their mind fills in the gaps.

When this happens, it’s usually with the wrong information.

A retired Boeing 757 pilot shared with me that if more passengers learned about how planes worked, they’d feel far less jittery when traveling.

Coping tip: Learn all you can about planes and how they work. One way I assist clients on this front is by having them pick up a copy of Confidential Cockpit by pilot, Patrick Smith.

Inside, you’ll find tons of insight about commercial aircraft. Here, I’m talking about everything from the strangle “whistling noise” permeating through the cabin to how planes are built to withstand turbulence and bad weather.

To help get you started under this tip, I’m including a video produced by ABC News that features a group of people with extreme flying fears.

Working as a team, they learn about how planes function, which in turn helps them to move through their flying phobias.

There’s no such thing as a magic cure for nervousness on flights. Anyone who tries to tell you different is selling you a load of bull.

What you can do, however, is learn how to effectively cope with your flying fears and change perceptions linked to anxiety causing stimuli.

I hope the tips in this post was useful!

Dealing with ruminations Do you struggle with obsessive thoughts? Have you found yourself ruminating over issues or events from the past, or excessively worrying about something that might happen in the future? If the answer […]